Not a country we’d ever planned to go to, we ended up here after a volcano erupted in Guatemala. Initially, we were pretty terrified about travelling here when we read about the bus hijacks and muggings. But nothing untoward happened and, ultimately, we experienced some memorable things here, particularly the buses. 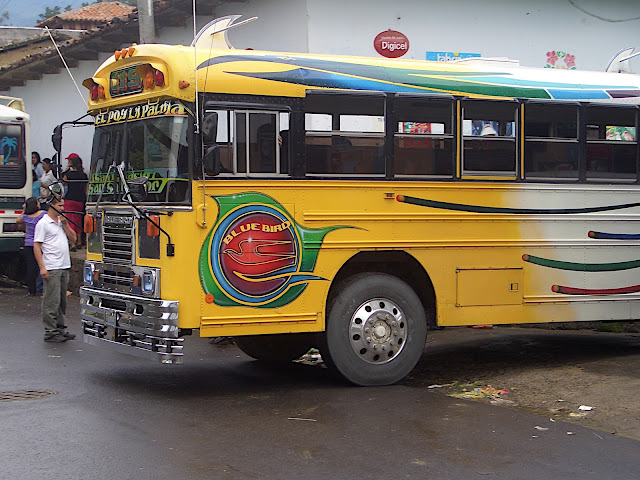 The erupting volcano near Antigua forces us to travel through El Salvador to Honduras.